Thank you to the Friends of the Department!

One of the guiding principles of the Department of Biological Sciences is meeting the science and educational needs of both Alabama and the nation by producing impactful research and providing quality learning experiences for our undergraduate and graduate students. Our efforts in these areas have been aided by generous contributions from several Friends of the Department. We would like to thank these individuals for their generous gifts.

Frances R. Clement of Elberta, AL. has established The Frances Roberts Clement Bama Biology Bootcamp Endowment. This gift will provide support for incoming freshman students to attend Bama Biology Boot Camp during the summer prior to the start of their first academic semester. The purpose of this week-long program is to help students make a successful transition from the expectations of high school to those of college, setting the stage for a great college experience.

Mrs. Clement graduated with a B.S. from the Department of Biological Sciences at the University of Alabama in 1967.  She along with her husband then moved to Florida where she earned her Master’s in Education in Counseling from the University of Florida in 1970. Mrs. Clement states that Biology was still in her mind and gave her a foundation to “stand on” and the background to understand how organisms worked. So, after two family moves, first to Kentucky and then to Texas, she pursued a third degree in Nursing from Victoria College and worked as an RN following her graduation in 1978.  After returning to Alabama, Mrs. Clement took her diverse background in a new direction and earned her Juris Doctorate in 1987 from Jones (Thomas Goode) Law Institute, Faulkner University.  After a short period of time as a criminal defense lawyer, she joined the States Attorney General Office in the Criminal Appeals Division. Because of her diverse background in Biology and Nursing she was the lead on most cases that involved scientific or medical issues. Over time, she rose to the rank of State Assistant Attorney General.

We asked Mrs. Clement what really inspired her about Biology Bootcamp.  She said it was her husband. “He grew up in a rural part of Alabama where they did not have a lot of students, therefore, they could not offer a lot of wide variety of courses. And the depth that they could go to in those courses was not always what you’d like to have for a young student. And he had mentioned that. So when I decided that I wanted to do a scholarship, I wanted to do something not necessarily that would be for the students who had the best IQ or get a lot of scholarships, but those who had the drive to go after what they needed and work for it.  I wanted to help give those students an opportunity that may have not been available in their earlier education.”

Dr. Jane Rasco is a long-time faculty member of the Department of Biological Sciences at the University. She received her Ph.D. in the Department in 1993, focusing Developmental Toxicology under the direction of her advisor, Dr. Ronald Hood. She then remained in the department first as a post-doctoral scientist and then as an assistant professor. In 2012, she was promoted to Associate Professor. Even after announcing her retirement in 2014, she remains a valuable contributor to the department and the University by continuing to teach classes central to the preprofessional biology track. Her love of teaching led her to develop and contribute to several educational initiatives and community outreach activities during her career.

This variety of experiences gave her great insight into various struggles that new students may encounter early in their academic careers. She mentored many of these students and saw several of them improve their academic standing and go onto great careers. Jane and Jim established their scholarship to help these student advance and reach the potential that Jane has seen in so many of the students she has mentored. The Jane and Jim Rasco Endowed Scholarship in Biology will be awarded based on the following criteria: Priority of consideration shall be given to sophomore students who are enrolled in the College of Arts and Sciences, are majoring in biology, who have maintained between a 3.2 and a 3.6 grade point average on a 4.0 scale, and who are residents of the state of Alabama. The purpose of this endowment is to encourage and give support to high-performing students whose substantial academic merit is not well reflected in their college grade point average. 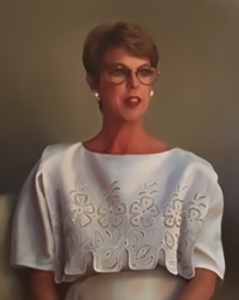 Jolyn and Charlie Wilson of Tuscaloosa, AL. have contributed to enhance the Darden Lecture Series endowment. This endowment allows the Department of Biological Science to bring world class scientists to Tuscaloosa each year to give a community lecture in their area of expertise. This endowment is named after Dr. Bill Darden, long-time chair of the Department of Biological Sciences, who dedicated 31 years of service at the University.

Mrs. Wilson, who was a long-time employee of the University, served as Staff Assistant in the Department of Microbiology starting in 1978.  Mrs. Wilson transferred to the Biology Department in 1986 prior to the merger of the two departments and was promoted to Administrative Specialist.  She served in that capacity until her retirement in 2001.

When speaking to Mrs. Wilson about her time in the Department she states, “Working with Bill for those 10 years was the most enjoyable time for me at the University. Bill was a great leader and was extremely talented in dealing with such a diverse faculty. Bill taught me about being an administrator and provided me with skills that have helped me throughout my life and that I still use today.” Mrs. Wilson still remains friends with Dr. Darden and she hopes that they will be able to visit Tanglewood Biological Station to see the enhancements that have been made since both of them played a pivotal role in the station acquisition and development in its inception. Mrs. Wilson in closing said, “Charlie and I talked about the Darden Lecture series and enhancing the endowment was the right thing for us to do at this time. I respect Bill as a friend and administrator and there was no better way to honor his legacy at in the Department.”