A Fond Farewell to Outgoing Professors

Dr. Martha Powell has enjoyed a long and outstanding career that has covered five decades in the field of Mycology (the study of fungi). She broke a glass ceiling, earning her Ph.D. from the University of North Carolina Chapel Hill in 1974 when the biological sciences were dominated by men. Following a short time as a post-doctoral scientist, Martha became an Assistant Professor in the Department of Botany at Miami University where she quickly rose through the ranks, earning tenure in just three years. Due to her prolific research record, she earned the title of Distinguished Professor of Botany in 1994 at Miami University. Later that year, Martha took on the next challenge of her career moving to James Madison University where she took on a leadership role as the Head of the Department of Biological Sciences. Then, in 1997, Martha joined the Department of Biology at The University of Alabama as our Department Chair. During the decade that she led the department she oversaw unprecedented growth of the department’s faculty body, where she led the hiring of faculty in Ecology and Evolution, Cell and Molecular Biology and Systematics. Through her leadership the department research profile expanded both in depth and variety. Still today ~25% of our current faculty were hired during her time as Chair. In 2007, Martha stepped down as Chair to focus on her research and love of teaching. She remains active in research even today.

Here are some of Martha’s many accomplishments that span her illustrious career:

These accomplishments are impressive, but anyone who has worked with Martha knows that her contributions go beyond this list of accolades. She takes pride in seeing her students and faculty succeed and this is reflected in the comments provided by some of the faculty that Martha hired into the Department.

Gregory Starr, Professor of Global Change Ecology, states, “As one of the faculty members that Martha hired, she always took such pride in all of our achievements and would glow when she heard of a new grant one of use received or a paper we published. She was always championing our success. Even as I became a more senior person in the Department I always trusted Martha’s sound advice. I will always value her mentoring, guidance and friendship.”

Guy Caldwell, Distinguished Research Professor when asked about Dr. Powell states, “In addition to being “a scientist’s scientist” that exudes genuine passion about research, she was an educator and mentor first – to students and faculty alike. She had a desire to see the value in every person she met, and a rare instinct in recognizing their potential. Moreover, Martha led and inspired by example, and her tireless curiosity and work ethic were infectious. When I make a shortlist of people who have most influenced my life, Martha Powell is very close to the top. I am a better scientist, professor, and person for having her as a colleague and friend for the past 20 years.”

Julie Olson, Professor of Marine Microbiology, said, “Martha’s seemingly boundless energy allowed her to stay connected with faculty, staff, and students and she served as a fierce and consistent advocate for the department and its mission. Even with me often working 10 or more hours many days, I can’t remember a time when I beat Martha to the office or was there after she had left. Her love for science was infectious and she enjoyed sharing her knowledge with students, particularly freshmen, who while they may have groaned at her jokes, appreciated her passion for her topic.”

In closing, Martha’s leadership, kindness and commitment to education and research has made the Department of Biological Sciences a stronger and better part of the University. We wish her health and happiness in retirement. Please enjoy your family farm in North Carolina, you will be missed dearly.

Dr. Bob Findlay retires after 12 years in the Department where he was appointed as the Bishop Professor of Freshwater Biology. Prior to his arrival at the University, Dr. Findlay received his Ph.D. in Microbiology from Florida State University in 1986. He followed the completion of his degree with a post-doctoral research scientist position at University of Miami. In 1988, he was then appointed an Assistant Professor at the University of Maine, and after 5 years at the University he moved back to Miami University. There he was promoted to Associate professor prior to joining the University of Alabama. During his time at the University, Bob led a large effort to enhance diversity in our graduate program and was awarded with a Department of Education Graduate Assistance in Areas of National Need Grant (GAANN). The GAANN program provided fellowships through the Department of Biological Sciences, to assist graduate students with excellent records who demonstrate financial need and planned to pursue a Ph.D. in biology. Bob’s contribution to the Department and University are also noted, where he served on several committees, most notably he was the department’s long-time graduate student coordinator and Chairperson of the Tenure and Promotion Committee.

Here are some of Bob’s many accomplishments that span his career:

In addition to Bob’s many professional accomplishments, he was a great mentor to his students, many of which have gone on to great careers of their own. Dr. Andrew L. Rypel, Associate Professor at the University of California, Davis, states the following about his advisor and friend:

“Dr. Findlay or ‘Bob’ as we all call him was an instrumental force in my life during my early-mid 20s. My father passed away during the tail end of my MS program, roughly a year before I met Bob. And after starting my PhD program at UA, my initial advisor left for another job and Bob graciously (and luckily for me) took me into his lab. Although we came from quite divergent scientific backgrounds, we were both intensely interested in overlapping areas in science and in ecology. I don’t know how many hours we spent just chatting about science ideas and methods in his 2nd floor Bevill Building office, but it was a lot – and it was really fun and exciting! Bob was unquestionably my biggest champion during those years, and helped carve me, and my lab mates into serious ecologists and intellectuals. We also pursued some outstanding ecological and conservation-oriented questions. He placed a high value on creativity, interdisciplinary science, and ecosystem-based approaches. He was also a silent champion of diversity in the STEM fields and was involved in many projects to recruit and retain black and indigenous people of color into STEM, particularly at HBCUs. Next to my family, he has probably been the most influential person in my life, and I’ll never forget all he did for me. I’m so happy and proud of his career achievements and his service for UA, the state of Alabama, and the broader scientific community.”

One other fact about Bob is his love for fishing and cold weather. These loves have led Bob back to the North where he resides in Maine spending time working on his house and looking to land the “big one” for his trophy case. 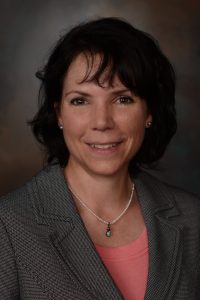 We would like to recognize Dr. Carol Duffy who is retiring from the Department after 13 years of service to the University.  Carol earned her Ph.D. from the University of Iowa in 2000 and following postdoctoral experience at Cornell University, joined the Department of Biological Sciences at UA in 2007, and she became an Associate Professor in 2013.  Her early work focused on mechanisms by which Herpes Simplex Virus 1 proteins regulate viral replication, which expanded into numerous applications of and roles of HSV-1 and bacteriophage (viruses that infect bacteria), as well as research on the involvement of herpesviruses in chronic diseases.  In addition, Carol is Chief Scientific Advisor at Innovative Med Concepts, LLC, a company developing a novel pain treatment therapy for fibromyalgia and associated diseases, as well as a diagnostic test for individuals displaying fibromyalgia symptoms.

Carol is also a dedicated and recognized educator, teaching numerous courses over the years in the Department including Virology and Molecular Biology.  This is exemplified with the honor of being recognized as a College of Arts and Sciences Distinguished Teaching Fellow from 2017-2020.  This balance of educator and researcher was highlighted by friend and departmental colleague, Dr. Julie Olson, who said, “Carol is a talented educator, striking the perfect balance of rigor, humor, and enthusiasm to keep her students engaged in her courses. She is an equally gifted scientist, whose creativity and attention to detail serve as hallmarks of her work… As a friend, her wise counsel, good taste in food and beverage, and appreciation for all things horse-related are greatly appreciated, and having her on campus to share in lunches and other exploits will be sorely missed.”

Her impact on students was also evident in the warm response from former students when asked about Dr. Duffy.

Former UA student and current graduate student at Yale University, Annie Watkins, said, “Dr. Duffy was actually the tipping point for me in deciding to attend Bama as a high school senior… I got involved with her lab my freshman year and got nothing less than stellar mentorship for the next 3.5 years, she was really wonderful. Working with her did so much to foster my interests in virology and the relationship between chronic and infectious diseases, and I truly think I would not be where I am now without her.”  As we highlight elsewhere in this issue of the newsletter, Annie is now making the most of that mentorship and training experience in her current graduate work.

Another group of former students who wanted to thank Dr. Duffy is known as “The Troublesome Trio” (their own nomenclature, not Dr. Duffy’s of course) and consists of Mallory Ivy, Erin Yepsen and Kelsey Lowman. Kelsey Lowman who recounted after an especially tough week “[Dr. Duffy] pulled my friends and I into her office and put on The Muppets’ rendition of ‘Bohemian Rhapsody.’ By the end, we were all smiling and laughing. Apparently, that was Dr. Duffy’s secret pick-me-up to help on those tough days. Even now, when work becomes stressful, I’ll laugh my way through the Muppets singing Queen to perk me up.”

Erin Yepsen added “When I think about Dr. Duffy as a mentor and teacher, I don’t think about specific moments. I think about the constant support and encouragement she gave me. She made me believe that I could be a scientist, and she gave me the confidence I needed to work towards that goal and go to graduate school.”

“Aside from Dr. Duffy’s inspiring passion and never-ending energy, Dr. Duffy was supportive of her students regardless of their career pursuits, which in my case changed often. I began college in the hopes of pursuing medicine, transitioned to focus solely on science, and finally landed where I am today. Dr. Duffy was the first person I chose to admit my desire to pursue acting as a full-time career. Her support helped me realize I could be both a creative and a lover of science.” stated Mallory Ivy

We thank Carol for her many years of commitment to quality education and research at The University of Alabama and wish her well in all of her future endeavors!