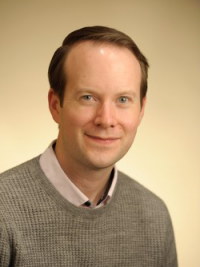 In the Correll Lab, our major research interests are the molecular processes that underlie the pathogenesis and progression of cardiac disease, with a focus on understanding how unfolded protein response signaling and dysregulation of calcium handling control remodeling of the heart after acute injury or chronic stress

The role of ER stress response signaling in cardiac remodeling

Most cardiac disease processes, including myocardial infarction (MI) and pressure overload stress, result in compromised functioning of the protein folding machinery in the endoplasmic reticulum (ER). This ER stress results in activation of the unfolded protein response (UPR) which comprises a set of signaling cascades that increase the population of ER protein chaperones, reduce protein translation, and in cases of extreme or prolonged stress, initiate apoptosis. Our work and that of others has identified that activation of one of these UPR signaling proteins, known as ATF6, seems to play a protective role in the diseased heart. Our ongoing studies now seek to understand the cellular contexts in which ATF6 is active during disease, as well as elucidate the mechanisms that control its activation in the heart.

Prolonged hemodynamic stress due to diseases such as chronic hypertension or aortic stenosis results in compensatory remodeling of the heart that increases the size (but not number) of myocytes in a process known as cardiac hypertrophy. While this remodeling initially serves to maintain cardiac output, prolonged stress eventually results in cardiac decompensation, typified by replacement of myocytes with noncompliant fibrotic tissue, cardiac dilation, and reduced function culminating in heart failure. Thus, the signaling processes that initiate hypertrophic remodeling are of importance in our understanding of the pathogenesis of cardiac disease. In fact, many of the hypertrophic signaling pathways that have been identified over the past 20 years are regulated by calcium, including the calcineurin/NFAT pathway and CaMKII. Currently, we are seeking to understand how the microdomains containing hypertrophic signaling molecules are organized and regulated using genetic mouse models that increase or decrease activity of L-type calcium channels localized to caveolae, as well as adenoviruses that overexpress modulatory regions of the L-type channel.

Correll RN and JD Molkentin. 2013. CaMKII does it again: even the mitochondria cannot escape its influence. Circ. Res. 112:1208.