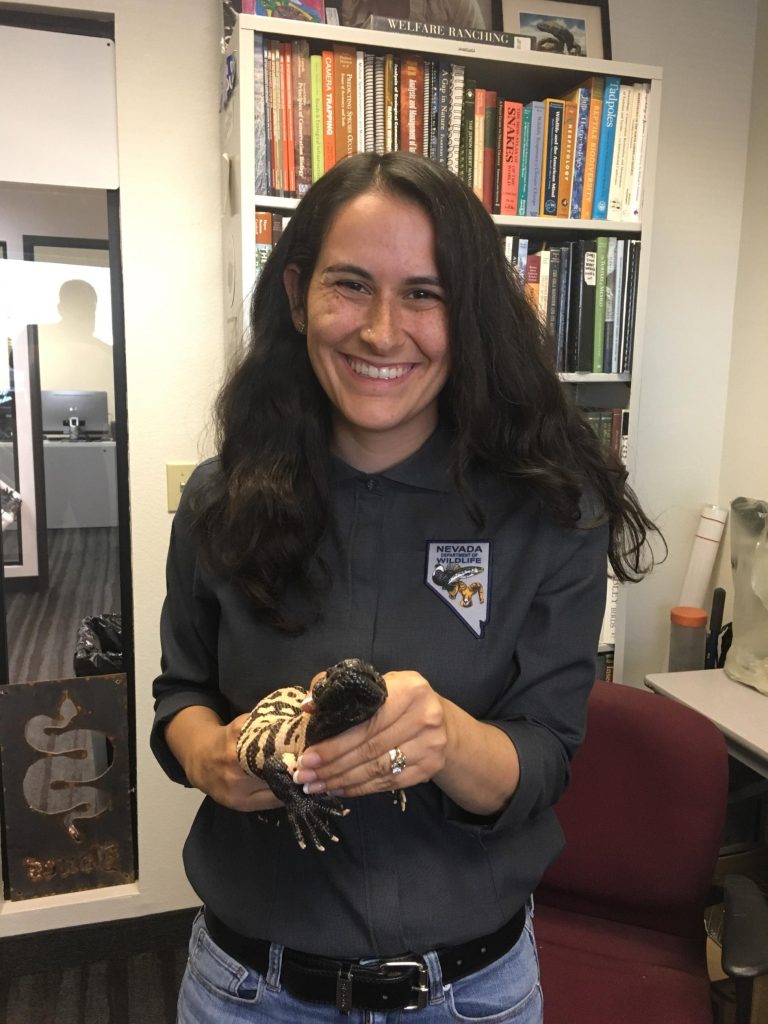 Emily Brown graduated with a MS from Dr. Paige Ferguson’s lab in May 2018. Her research focused on conservation of the Red-cockaded Woodpecker (Picoides borealis; RCW), a federally endangered species, in the Oakmulgee Ranger District of the Talladega National Forest. This is the largest RCW population in Alabama. Despite efforts by the U.S. Forest Service to meet the District’s Recovery Plan objective of 394 active clusters (groups of trees that a group of RCWs inhabit), the number of active clusters had not exceeded 120. Therefore, the objectives of Emily’s study were to identify factors limiting RCW population growth and identify management methods that could reduce these limitations. She led four structured decision making workshops with representatives from the U.S. Forest Service, USDA Animal and Plant Health Inspection Service, Longleaf Alliance, Birmingham Audubon Society, and local residents. With input from stakeholders, she built a decision network that estimated the relative likelihood of a range of management options to produce outcomes that met stakeholder objectives, including increase the number of RCW clusters. Results indicated that cavity insert installation had the greatest probability of increasing the number of RCW groups and prescribed burning as most likely to meet the combination of stakeholder objectives. Sensitivity analysis suggested that the number of RCW groups was most influenced by cavity availability, adult survival, recruitment rates, food availability, and herbaceous understory. Based on the sensitivity analysis and suggestions from the U.S. Forest Service, Emily designed a field study that investigated the relationship between vegetation structure and RCW reproductive output. Results indicated that the size of pine trees and area they occupy on the landscape most influenced reproductive output, such that there was a lower chance of egg or hatchling loss when there was a larger area of large trees. This research has been featured by The Wildlife Society, BBC Wildlife Magazine, Alabama Public Radio, and Alabama Museum of Natural History. Since UA, Emily has worked with Southern Nevada Environmental Inc. to monitor the Mojave Desert tortoise, a federally threatened species. She also surveyed bats and herpetofauna, such as desert tortoises, western pond turtles (IUCN vulnerable), gila monsters, and Columbia spotted frogs, with the Nevada Department of Wildlife. Emily is about to start a new position in Las Vegas as a Natural Resource Specialist with the Center for Environmental Management of Military Lands, a unit in Colorado State University’s Warner College of Natural Resources.