Students should apply using the application forms below for the McDaniel, Yarbrough, Walker and Rasco Scholarships. All other awards are determined by academic performance and do not require an application.

Deadline for scholarship and award applications is the first Friday in November.

All applications should be submitted to Susanne Hibbard via email (shibbard@ua.edu) or submitted via mail to

Recipients of the undergraduate awards are selected by the Awards Committee based on the criteria specified in the award. The committee reserves the right to not award any of the following if a truly qualified individual cannot be identified. 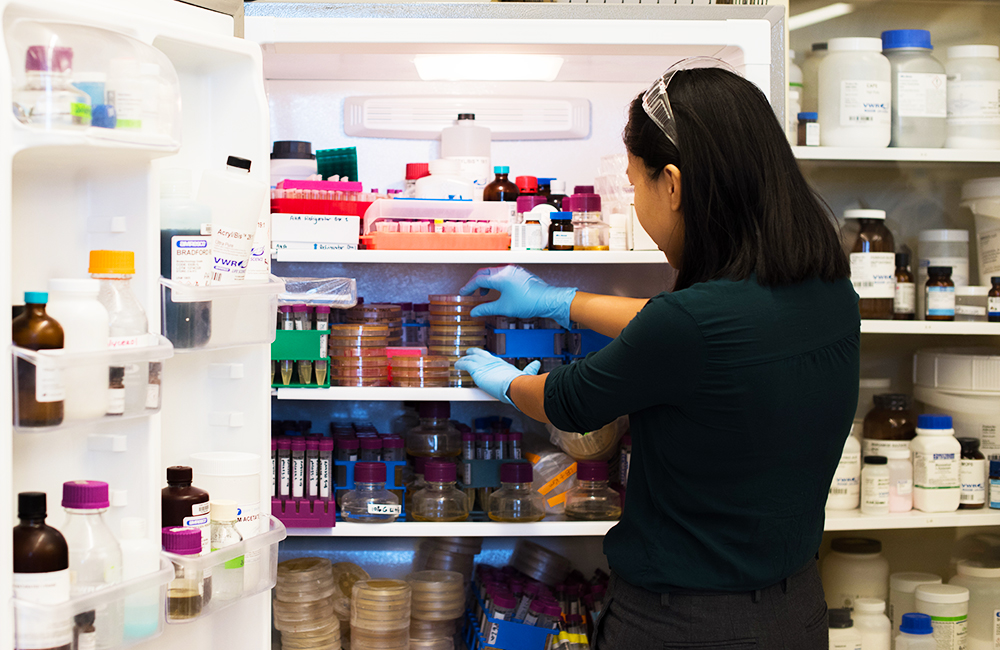 The Grantland and Louise Rice Scholarship Fund was established in 1982 by Mr. and Mrs. Grantland Rice, II to promote the education of deserving students in microbiology at the University of Alabama. This fund finances the Rice Academic Scholarship and the Rice Academic Achievement Award. The Rice Scholarship is presented each year to the outstanding microbiology major. The winner of the previous year may be considered for the current year with a maximum of 2 awards. The Rice Achievement Award recognizes students with the best performance in the Introductory Microbiology class (BSC310) during the past year and whose performance in other classes was equally meritorious.

The Michael L. McDaniel Memorial Endowed Scholarship was established in 1993 by Mrs. Larry L. McDaniel and her late husband, to honor their son Michael McDaniel, who completed both his BS and MS degrees at the University of Alabama. This scholarship is awarded to full-time, out-of-state students pursuing a BS degree in biological sciences in their freshman year and may be renewed for the sophomore, junior and senior years provided the recipient has maintained a GPA of 2.5 or above on a 4.0 scale and submits a suitable application annually. Candidates selected on the basis of high school GPA are invited to submit an application for the scholarship. McDaniel Scholarship Application Form

The scholarship shall be awarded based on the following criteria: Priority of consideration shall be given to sophomore students who are enrolled in the College of Arts and Sciences, are majoring in biology, who have maintained between a 3.2 and a 3.6 grade point average on a 4.0 scale, and who are residents of the state of Alabama. The purpose of this endowment is to encourage and give support to high-performing students whose substantial academic merit is not well reflected in their college grade point average. The scholarship may be renewable for each of the subsequent years of a recipient’s undergraduate education provided the scholarship committee deems the recipient’s performance and academic progress satisfactory and provided the recipient continues to major in Biology. Rasco Scholarship Application Form

The Septima Cecilia Smith award was established in honor of the first woman faculty member of the College of Arts and Sciences to attain the rank of Full Professor. She served on the faculty of the Department of Biology from 1927 until her retirement in 1962. The Septima Cecilia Smith awards are presented to the outstanding graduating Biology major(s), and to the outstanding graduating Marine Science major based on GPA (minimum GPA of 3.5). The first award was made in 1976.

This scholarship was established with funds contributed by Dr. Dan E. Douglas, an alumnus and dentist from Birmingham in honor of Dr. James D. Yarbrough and his wife. Dr. Yarbrough received his PhD from the Department of Biology in 1964 and served as Dean of the College of Arts and Sciences from 1989 to 2001. This award honors the scholarly accomplishments, service, and integrity of an undergraduate student with strong potential to impact science and society. Recipients must have a high school GPA of 3.5 or higher on a 4.0 scale and a minimum score of 27 on the ACT. Preference is given first to students pursuing biological sciences as a life professional career, followed by students in the pre-dental program, and finally students in the pre-medical program. The award is renewable pending review of the application and maintenance of a 3.0 GPA or above. Yarbrough Scholarship Application Form